Great Deals! Delivered to your door! 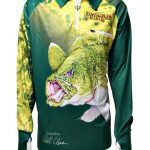 Check out #101 to the latest magazine release! 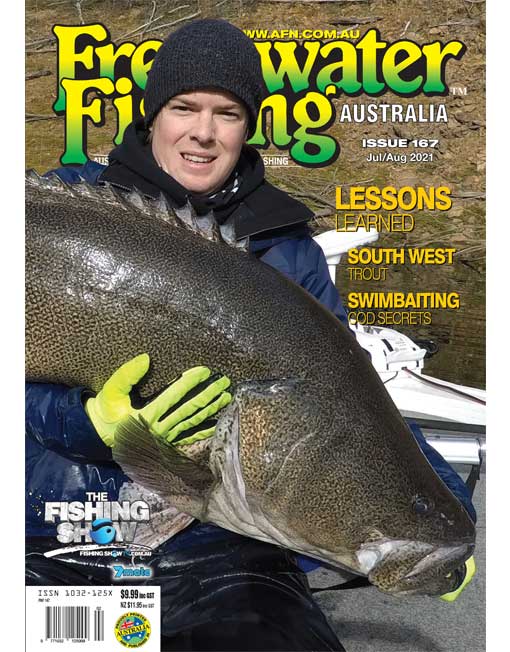 Our winter issue of Freshwater Fishing Magazine #167 is packed with some great tips and techniques.  Andy McGovern outlines one of the prime locations in a river system and how best to fish it with lures for both trout and natives in his informative article. Justin Clifton ponders the age-old question
of how to deal with chasing and catching pressured fish.  At one stage or another most native fish anglers have used spinnerbaits in the pursuit of that big cod we all dream about according to Rod Mackenzie. Colby Lesko reveals his tricks and techniques for fishing impoundments with swimbaits. Rowan Harris explains that fishing with swimbaits can open up new techniques and teach valuable lessons. Cara Cummings takes us through the first steps in getting your kids into fishing. In this first part of a two-part series Trevor Hawkins goes back to the basics of what makes trout tick, and how an angler can use this knowledge to their fishing advantage when chasing trout. Luke Gercovich discusses fishing Victoria’s South West Rivers leading up to the winter season rains. Impoundment stocking data for native fish in Victoria from 1990-2020 by Bill Classon. Of course, there’s all the latest gear, reviews and more that you’ve come to expect from Australia’s top fishing magazine.

We hope you enjoy this issue – and enjoy getting back out on the water and having a fish!

Freshwater Fishing Australia magazine was first published over 30 years ago and is an institution for many of our country’s freshwater anglers. It is one of the longest running fishing magazines in the country. For two decades, the country’s leading fishing journalists have been providing the best information for our anglers. The quality of the publication has resulted in many local anglers retaining every copy of the magazine ever published. Freshwater Fishing continues to hold the trophy of the country’s most popular freshwater only publication.

Every two months Freshwater Fishing Australia magazine’s team of expert writers update you on what’s working and where to fish. All techniques from fly fishing for trout through bait fishing for goldens to casting soft plastic for barra – and every variation between. The magazine’s popularity and strength has been its concentration on providing information that fishers can apply to improve their success rate in a way that all readers can understand. All of the well-known and respected fishing writers have contributed to this magazine at some time in its history. Current experts who are regular contributors include Bill Classon, Greg French, Rod Harrison, Trevor Hawkins, Rod Mackenzie, Andrew McGovern, Frank Prokop, Steve Starling, Nigel Webster, Philip Weigall and many others.